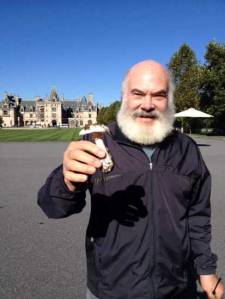 Well-respected medical expert Andrew Weil, MD tells his readers you should NEVER eat raw mushrooms.  Not only are the fruiting body (what most people know as a ‘mushroom’) walls made up of a tough to digest fiber called chitin, they also contains small amounts of toxins that are destroyed when mushrooms are cooked.

“Because of these concerns and because they offer little in the way of improving health, common button mushrooms are best avoided. But the types eaten in Asia—shiitake, maitake, oyster mushrooms, and enoki—provide a range of health benefits,” says Weill.

Weill also mentions in the above article that he takes a couple of blends from Paul Stamets’ Host Defense product line, which also include the above mentioned species of mycelia as well as others.  Many of these mushrooms are of immense physical benefits to humans, often when consumed in the mycelial form.

Just this week, the world’s foremost mycologist Paul Stamets also released a statement on easting raw mushroom fruiting bodies and, frankly, why you shouldn’t. Not surprisingly his sentiments echo many of Weill’s statements.

In answer to the question “Should you eat raw mushrooms?” Paul had this to say :

“No, absolutely not! Raw mushrooms are largely indigestible because of their tough cell walls, mainly composed
of chitin.”

Dr Stamets own medicinal product lines, Fungi Perfecti and Host Defense, are made with mushroom mycelia (and fruiting bodies) which are heat treated “to activate and unlock the nutritional compounds and ensure their bioavailability.”