Antioxidants don’t work? Polyphenol hormesis at the gates of dawn

Americans love simple answers.  This fact breeds such rampant intellectual dishonesty, and audacious marketing follies, all because our greatest loyalty seems to be to our short attention span.

To my mind – there is nothing wrong with, in the words of Malcolm X “talking to everyone in a language they can easily understand.” However, the practice of oversimplification can lead lead us to dumb things down so much as to miss the point entirely.  Especially if the truth is, and it usually is, a nuanced and multi-dimensional intangible object subject to vastly different interpretations and perceptions. 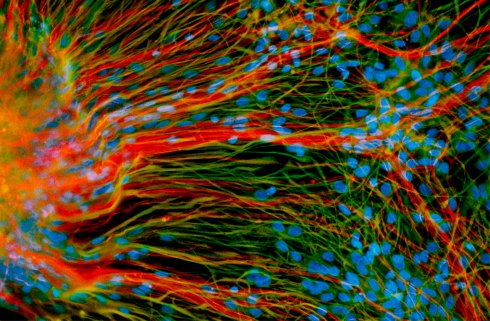 I spend a lot of time hanging out in health food stores, and one of the most interesting things in the world to me is to hear the interpretations of natural health science put forth in popular media and echoed back from consumers.  In some ways, it is like that old game ‘Telephone”. Almost regardless of whether or not what was said originally was accurate or meaningful, the end result often won’t be.

Earlier this year Scientific American ran an article with a headline on the cover about The Antioxidant Myth.  The article by Melinda Wenner Moyer dramatically purports to tell us that “the antioxidant theory of aging is dead.”  The article talks about the research Dr David Gems and others have done that turns some of science’s ideas about antioxidants on its ear, so to speak. That is to say, some of the research suggests (but certainly is not conclusive) that oxidative reactions (the cause of oxidative damage, and long thought to be a central cause of aging) may not actually be a central cause of aging.

This to me is really interesting, but it is a BIG jump to make the extrapolation that third leap which they do “If these results are confirmed, they may suggest that taking antioxidants in the form of vitamins or other supplements can do more harm than good in otherwise healthy individuals.”

I wonder if they would go so far as to make the equation seem really ridiculous and imply that, because of the genetically-modified earthworms we shouldn’t eat healthy antioxidant foods? I mean, there is still a TON of other research out there showing the cell protective benefits of antioxidant vitamins, both as supplements and in their natural food form.  I personally tend to have a bias towards the food form, but this really isn’t the point. At stake here is the very operational assumption that would explain the benefits of antioxidants of any kind – or is it?

Perhaps the problem is we’re asking the wrong questions.  If we look at it from a common sense naturalist perspective which presumes that one of our greatest skills is the ability to adapt and evolve; we may come to a different conclusion entirely. Small amounts of oxidative stress may actually correlate with longevity, but this doesn’t negate the fact that oxidative damage within cells and tissues is a reality.

To me, the more cutting edge theory here is not that “antioxidants don’t work” but rather “we are really just beginning to understand how they work”.

Dr. V. Calabrese et al published a paper a few years ago which explained The Hormetic Role of Dietary Antixoidants in Free Radical-Related Diseases “Regular consumption of cruciferous vegetables or spices is associated with a reduced incidence of cancer and reduction of markers for neurodegenerative damage. Furthermore, greater health benefit may be obtained from raw as opposed to cooked vegetables. Nutritional interventions, by increasing dietary intake of fruits and vegetables, can retard and even reverse age-related declines in brain function and cognitive performance. The mechanisms through which such dietary supplementation may diminish free radical-related diseases is related to their ability to reduce the formation of reactive oxygen and nitrogen species, along with the up-regulation of vitagenes, such as members of the heat shock protein (Hsp) family, heme oxygenase-1 and Hsp70.”

However the real clincher comes at the last “However, excessive nutritional supplementation (i.e., high doses) can have negative consequences through the generation of more reactive and harmful intermediates with pathological consequences.”

Sounds to me like a greater argument than ever for reopening the books on ‘whole herbs’ and ‘whole foods’ versus highly processed laboratory antioxidants. Do we want scientists to study whether highly purified isolates and extracts have beneficial effects, or how antioxidants behave in a complex food matrix? Not that these isolates may not have their place, but it may be something that in the future will be viewed as completely separate from nutrition. Perhaps we need to cultivate a ‘dietary theory on antioxidants’ which takes into account the inherent wisdom of nature and eating a true whole food diet.  Before we tell people to ‘put away their antioxidants’ we ought to take note of the immense benefit of food-like doses of these nutrients and the incredibly complex interactions to consider.  If you ask me, I’m not really opposed to aging anyways.  As long as I’m healthy while I’m aging, why not let nature take its course? Now how is that for turning a theory on its ear?

Rob Seeman
I write about natural health, mostly because I am continually amazed by the wealth of healing compounds in nature. Surely such gifts are to be appreciated, and to be enjoyed. Salud!

One response to “Antioxidants don’t work? Polyphenol hormesis at the gates of dawn”