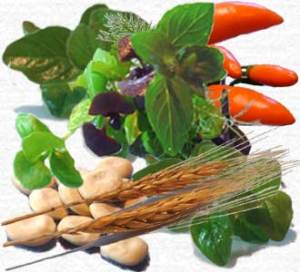 If you feel strongly about natural medicine and the natural products industry, you may have some strong feelings about the FDA’s new NDI guidelines draft.  If you’ve been around long enough to remember the original passage of DSHEA, you may remember how vigilantly the Natural Products Industry fought to oppose some of the more unfriendly political maneuvers around that, and how we wound up with what most consider today a fairly reasonable piece of legislation.

However, had we known that we were “waiting for the other shoe to drop” in the form of these new NDI guidelines, we might have stifled some of our cheering.

In fact, if NPI of 1994 had been able to peer into a crystal ball and see how NPI of 2011 was reacting, some would say “they have lost the will to fight.” The vigilant spirit that vehemently opposed attempts to end our freedom to advance natural medicine in the face of a system overwhelmingly biased towards pharmaceutical drugs, appears to have been shaped by a political landscape dominated by apathy.

In fairness, all of the industry trade organizations have offered some response.  Mostly they have asked for an extension of the comment period, whether it be for 12 months or for the Council on Responsible Nutrition’s very modest 45 days, which is what was eventually granted. (Maybe CRN is playing the political game in a way that the FDA favors, or finds it convenient to defer to?)

Don’t get me wrong, the CRN has been an important advocate for Natural Products.  Often their position papers have corrected misinformation that is circulated by the PR firms hired to smear supplements. (Ever notice how those headlines ‘pop up’ every once in a while?)

On September 27th, John Gay of the NPA wrote to NPA members that NDI guidelines “pose some potentially serious challenges for the industry.”  Yet, in the same letter he cautions. “When dealing with a bill in Congress, grassroots opposition can be very powerful. However, in this regulatory guidance process, the FDA is unlikely to give weight to individual comments that simply state opposition, and members of Congress are not disposed to intervene while a regulatory body is accepting public comments.”

I can tell you that many who have been the most active in lobbying for political advances for nutritional supplements do not agree with Mr Gay.  Some have suggested that this is the face of a NPA that wants to appear to the FDA as being very compliant and unobtrusive.  Congress may not intervene, but certainly it is as important as ever to apply the political pressure to see things go the right way.  How naive can we possibly be?

Senator Orrin Hatch, the longtime defender of the Natural Products Industry, is involved the reelection fight of his life and may not be able to save us this time.  Do not be foolish as to believe politics is not played 24-hours a day, even while a comment period is in effect.  Voicing opposition to this guidance is crucial, and political pressure is indeed the only real too we have to oppose this.

In fact, this writer applauds all of the efforts by CRN, NPA, the American Herbal Products Association, and others, to oppose the new NDI draft guidance.  But it is clear that as an industry we have to do more!

Next time I will explore some of the vigilant opposition to this maneuver by the FDA and tell you how some manufacturers are proposing to fight back. Bill Sardi of Knowledge for Health has written a well-crafted detail of some of the impracticalities of NDI guidelines and published them online. We have not yet begun to fight!

The Alliance for Natural Health has created a nifty way to voice opposition online.  What do you have to lose – take a minute and  fill it out.  And if you have time  to contact your congressperson,  I suggest you write a more personal note.  Share with them your personal story in terms of natural health, and how beneficial supplements may have been for you.  You never know who might actually be listening.  If we remain silent we can be 100% guaranteed that no one is.

Rob Seeman
I write about natural health, mostly because I am continually amazed by the wealth of healing compounds in nature. Surely such gifts are to be appreciated, and to be enjoyed. Salud!